School groups are welcome at NBMHM. During an interactive tour, students are guided through the museum’s permanent collection. A visit to the Museum is a great way to engage students of all ages. As part of the tour, students will view artifacts and works of art while we explore various topics. You may decide which topics you would like us to emphasize as part of your education program. 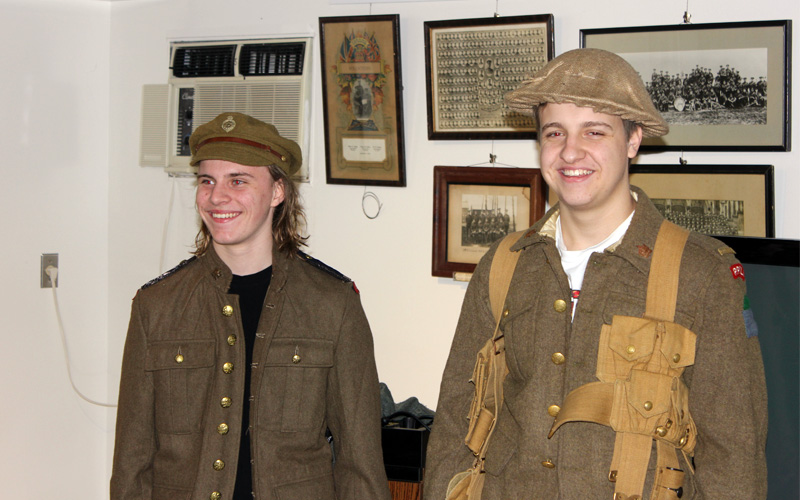 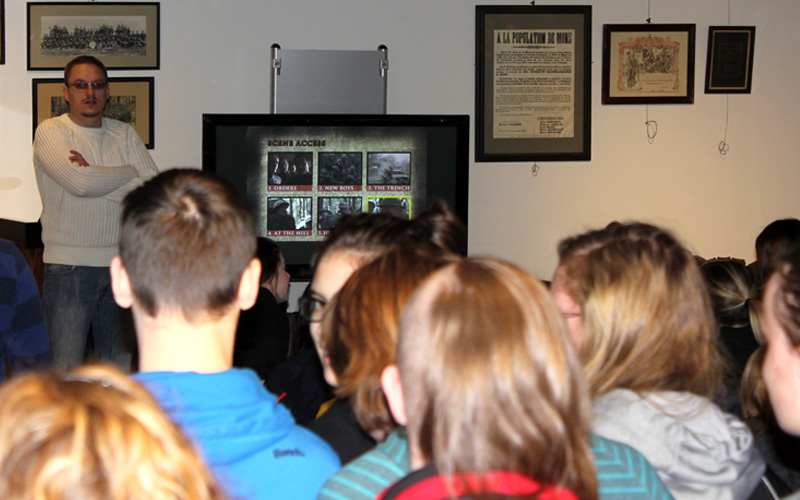 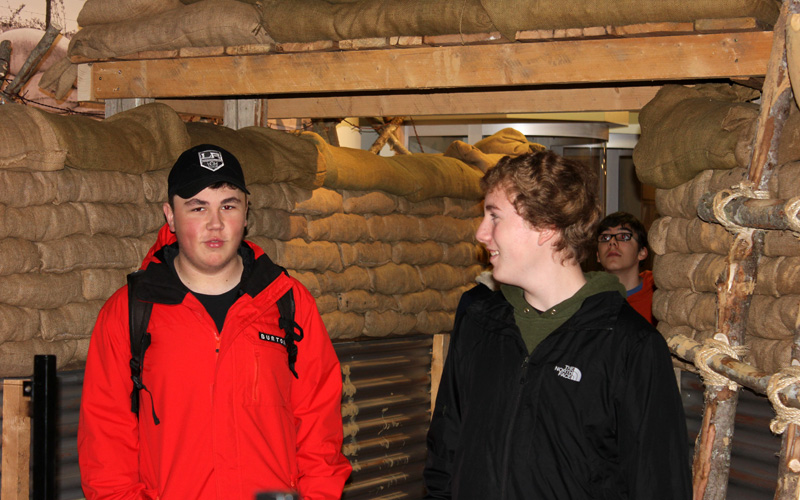 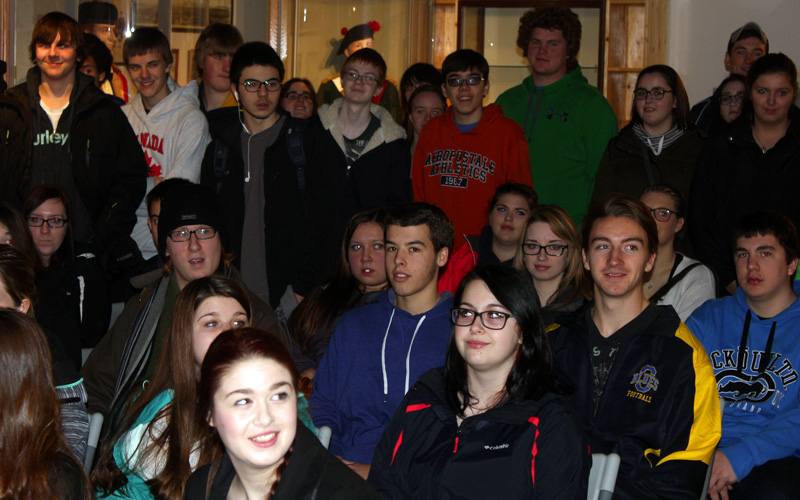 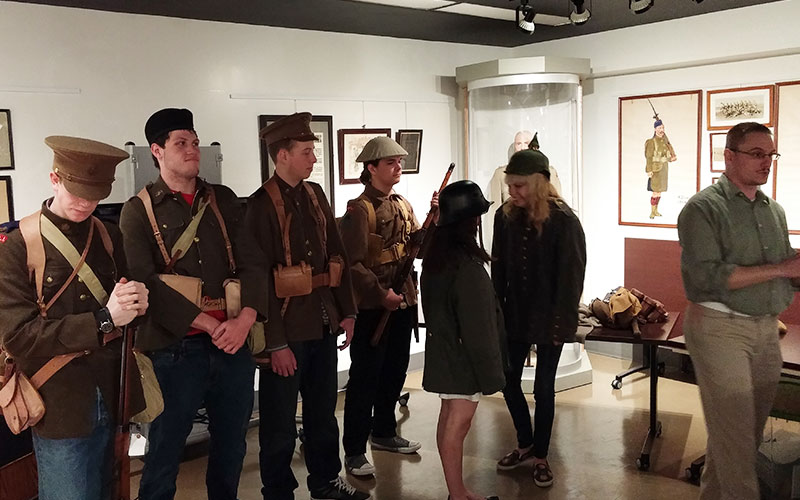 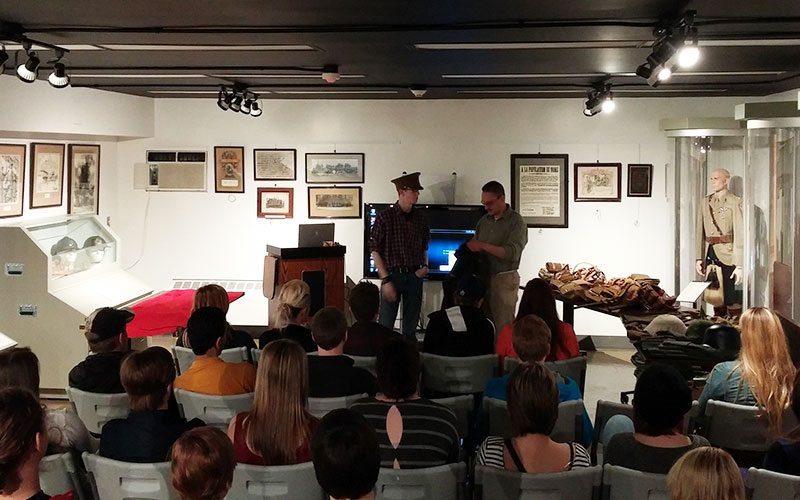 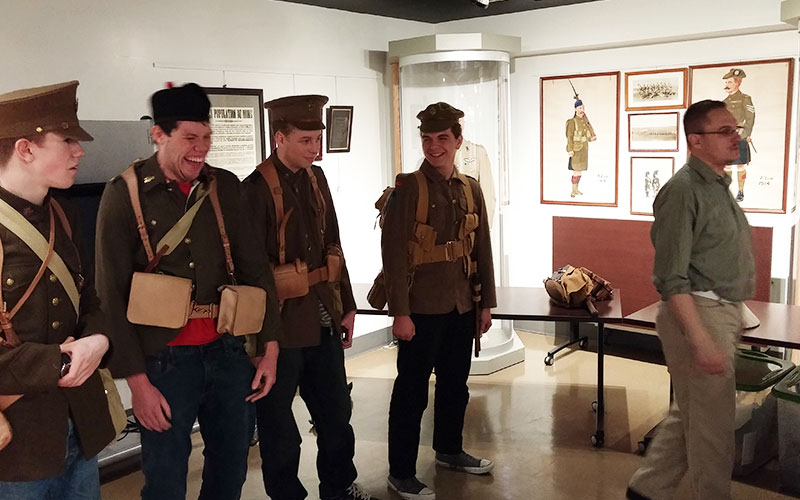 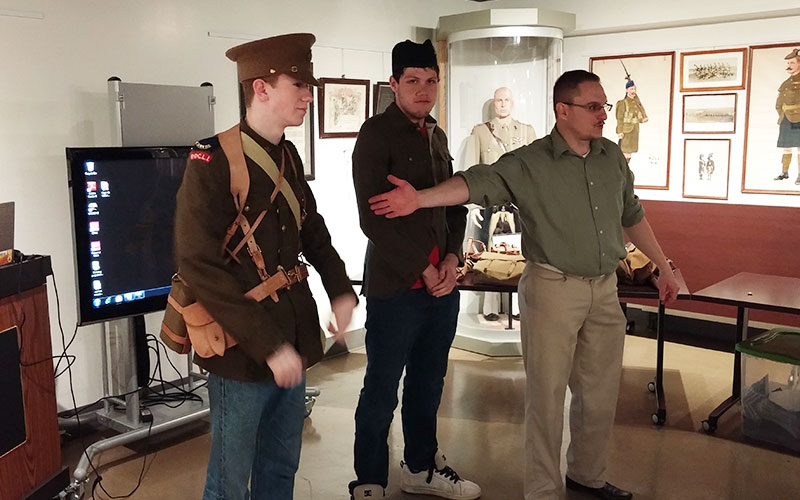 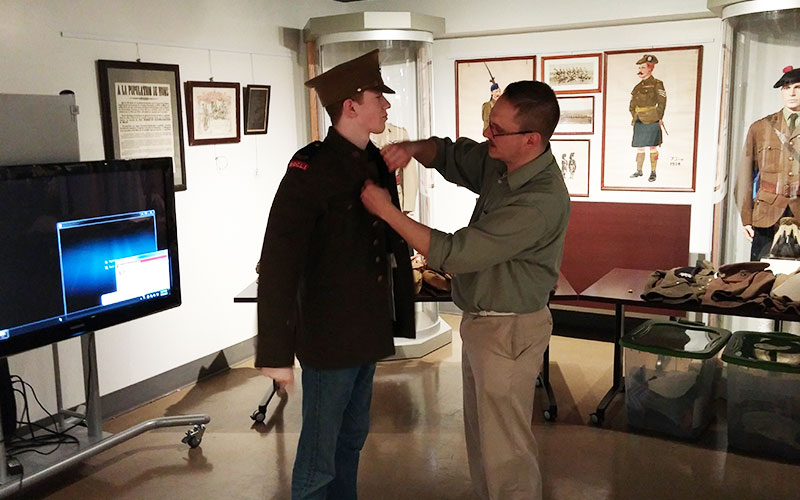 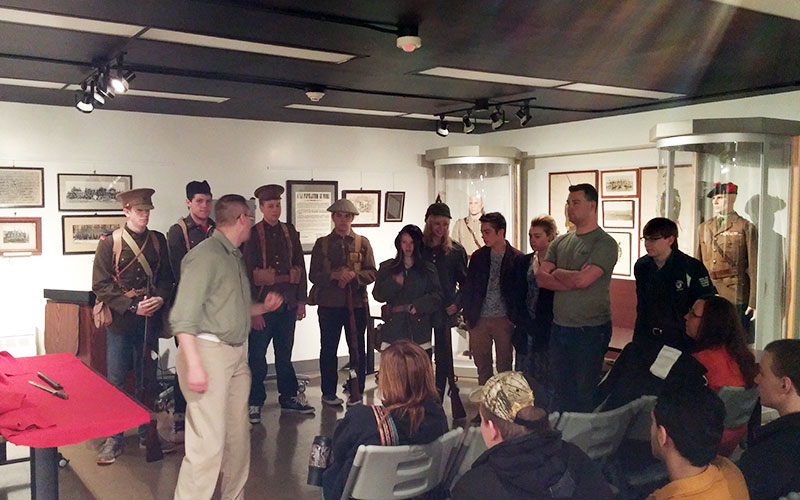 The students from Leo Hayes took part in a hands-on WWI workshop where they were able to see and touch reproduction uniforms and web gear that Canadian troops would have worn during the First World War. They also heard a social perspective about the war and the lasting effects it had both on the men at the front and when they came home to their loved ones.
May 2015

The specified grid gallery id does not exist.

Military History Books: the Writings and Research of Harold A. Skaarup

For King and Empire, Canada’s Soldiers in the Great War

The Regimental Rogue, the RCR in the Great War